TAIPEI, Taiwan, June 7th, 2011 – The Asia largest COMPUTEX exhibition officially kicked off in Taiwan on May 31st. The most eye-catching event this year happened in ASRock booth: Two world’s top gamer Johnathan Fatal1ty and White-Ra made their first meet at ASRock COMPUTEX and played games against each other. The fight between two pro-gamers has drawn a great amount of attention from media and visitors since the first day of the exhibition. 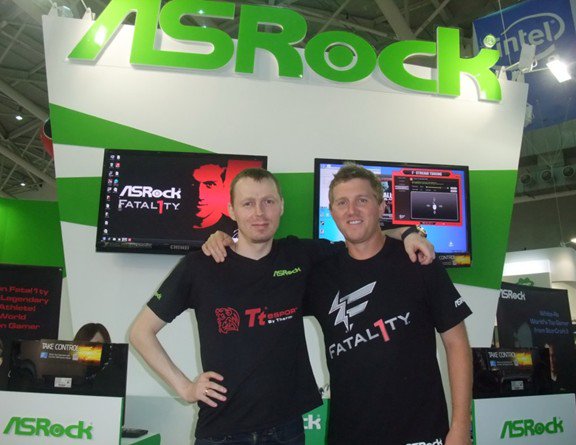 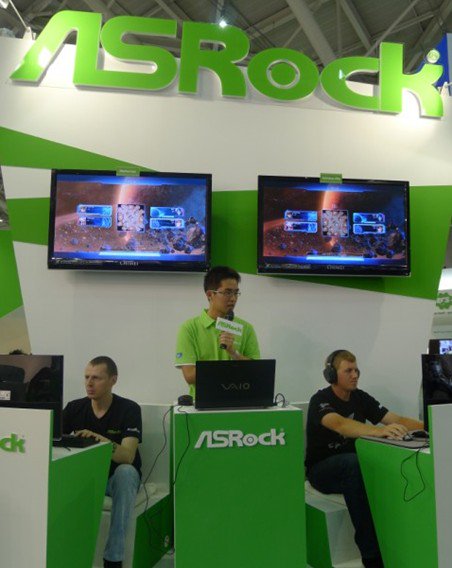 ↑Historical moment: Two world’s top gamers Johnathan Fatal1ty and White-Ra was gaming StarCraft II against each other for the very first time. 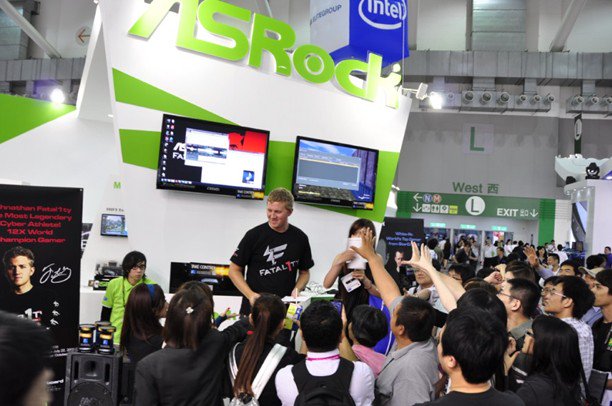 ↑Johnathan Fatal1ty is welcomed by the loyal fans from the world. 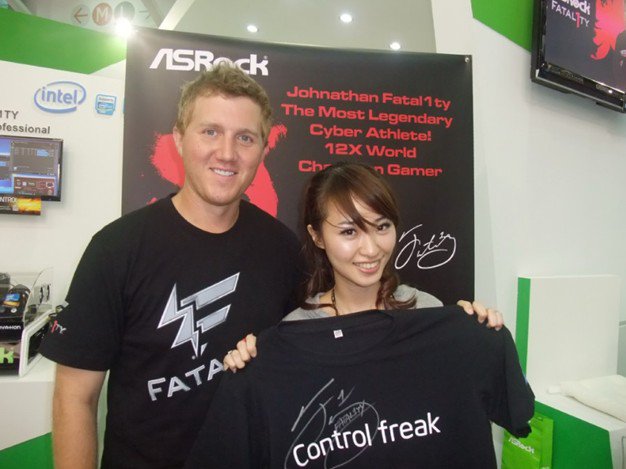 ↑Johnathan Fatal1ty signed his name on the shirt for fans. 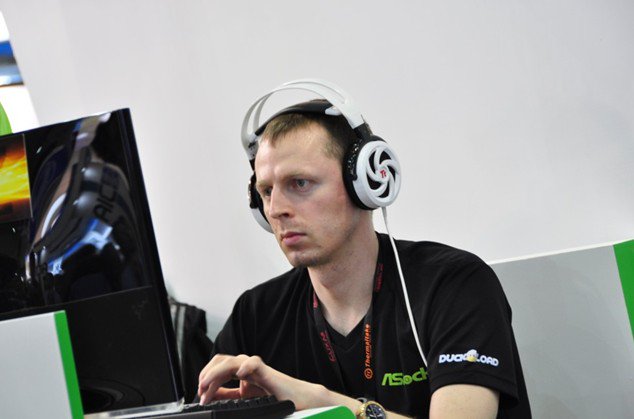 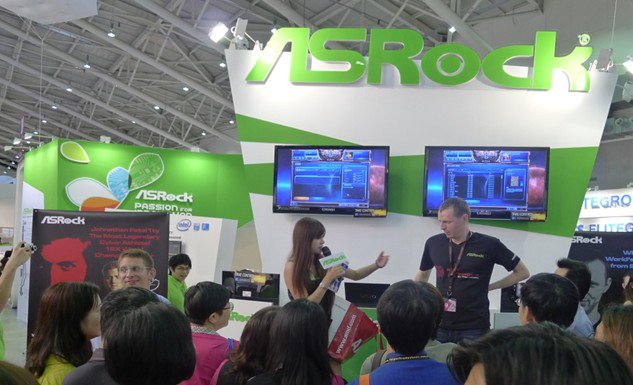 ↑White-Ra and his fans at ASRock Booth

The ASRock Fatal1ty series integrated Fatal1ty’s professional gaming knowledge which is tailor-made for gamers and optimizes for best gaming performance. With the powerful Z68 chipset and the Sandy Bridge processor, ASRock Fatal1ty Z68 Professional brought users absolute performance which unlocked all the potential in the severe PC gaming battlefield. 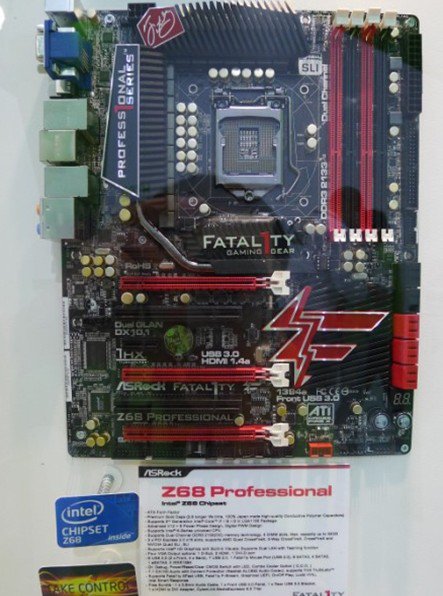 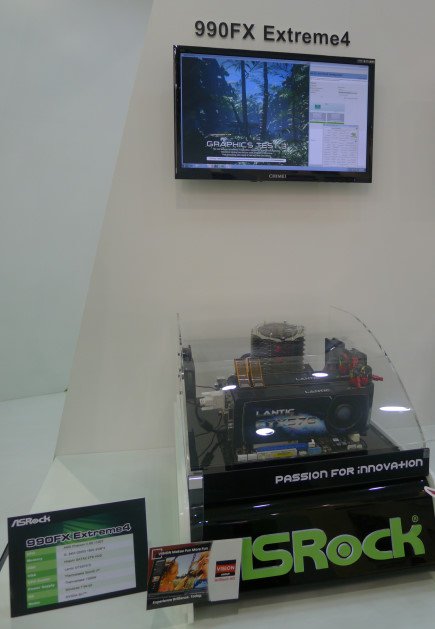 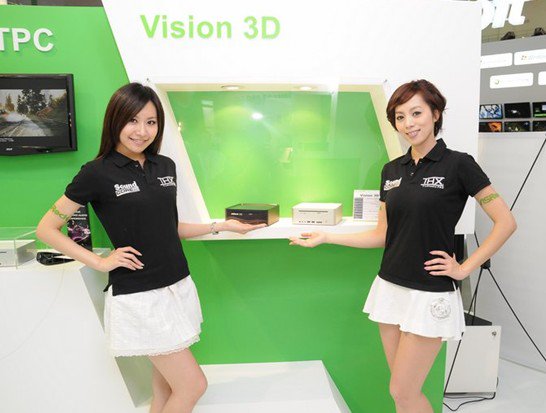 ASRock determined 2011 as the “Branding Year” and designed the booth accordingly. The entire booth was made up with grass green and white and integrated four new brand identities: YOUNG, PASSION, INNOVATION and ECO-FRIENDLY. The new and fresh booth design made ASRock booth standout from hundreds of exhibitors. 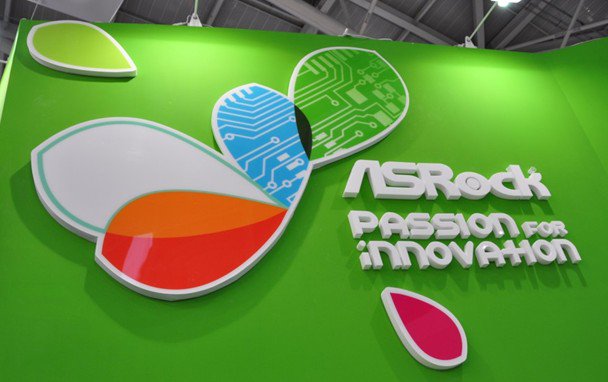 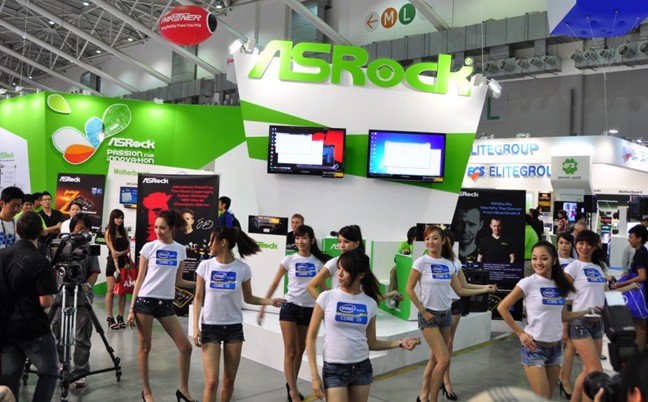 ↑ASRock best partner Intel® had its show ladies performance at ASRock booth which drove a great amount of traffic. 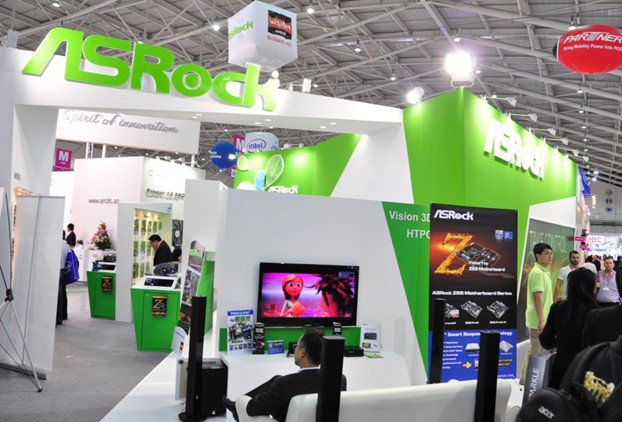